Sako Auto Body Inc. has been working with and servicing Lexus Of Watertown since 1990. Certified in Honda and Acura motor cars. Being an I-CAR gold class repair facility, we welcome all makes. We are a family friendly repair facility dedicated in returning to vehicle to its pre-accident condition. 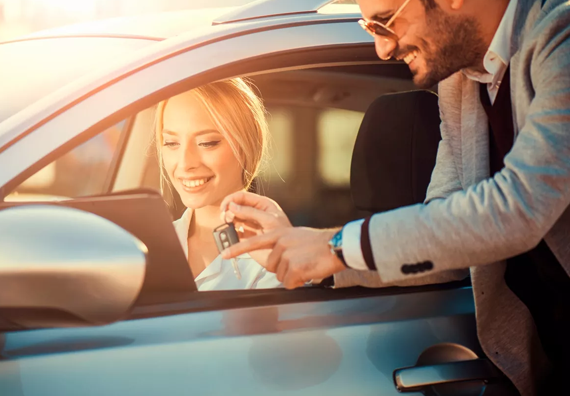 Sometimes being a Masshole surrounded by other Massholes on Boston roads comes with consequences - generally in the form of broken glass, leaking fluids and crushed metal. In the last five years I have both been a victim of and victimized a Masshole, and both times Sako took great care of me.

The first time that I worked with Sako was back in 2008 when I decided that I possessed super powers and tried to drive my SUV straight through a station wagon, that day I learned that I was still a mortal and that airbags hurt... being my first collision I knew nothing about the process, the dealership where I purchased my Lexus referred me to Sako and so that is where I went. Sako worked directly with my insurance company to get the damage assessed and over the month that it took to fix the car kept in good contact with me regarding when to expect it back. While it did take a little longer than the initially quoted 3 weeks to fix, around 5 weeks by the end of it, they did find more damage once they tore the car down and had to order additional parts. Through the whole process Sako made sure that I knew exactly what was going on. When I got the car back it looked as good as the day I bought it, the paint was perfectly matched, the body panels lined up nicely and everything worked as it was expected to.

This past September I was victimized by another Masshole and sustained damage to the passenger side of my new car, having worked with Sako and being pleased with their work the first time around I didn't even have to question where I would be taking my new Lexus. While damages were not as extensive as they were in the first collision Sako did a fantastic job. As was the case before, Jack kept me in the loop regarding the status of my repairs and when to expect the vehicle back. When I picked up the car it looked fantastic, the paintwork is impeccable and the car looks great.

Sako takes great care of their customers and does fantastic work - I highly recommend them to anyone who needs their Lexus repaired.

5 star experience at Sako Auto Body! I brought in my GMC truck because I got a dent (and scratches) from a careless object/person in a shopping plaza war zone. I am meticulous with my parking spaces and locations, btw.

Jack was very friendly and pleasant to talk to. He also was the person who used his "paint-less dent removal" expertise to pop out the dent and buff out the scratches. The results were very pleasing, and I could tell that he is a perfectionist when it comes to producing results. I certainly will return next time I get a dent that's too hard to ignore! I am glad I stumbled across their body shop. Also, they recently moved to a new facility and are certified by Lexus, Honda, and Acura dealers for body work and repairs.

I could not be happier. I have a brand new Lexus, 3,000 miles, white. I had a small front end collision after only having my car only two months. My Lexus is a pearl white. I can't believe the work that the men at this body shop did for me. I am extremely fussy and particular, and I have an eye for detail. My car looks amazing. I have had my share of bad body shop experiences and had to live through the heart ache of that. It is not enjoyable.

You will not find anyone better. I thank God for Sacko Auto Body. Thank you.

My car needed minor work. As Sako Autobody specializes in Lexus, I decided to take it there. I'm glad I did! They not only provide great customer service but fixed my car to perfection. 5 stars across the board.

They are great! Anytime i need my car repaired, i take it to them and I've always been pleased with the work they have done. They are professional, fast and reliable. I also enjoy the free car wash before i get my car back - nice touch!

Went in to see about an estimate for some damage to my front bumper. They were very honest about my options and when I couldn't make a decision because of a high deductible) they offered to clean it up free of charge so I could see how it would look. Excellent customer service!